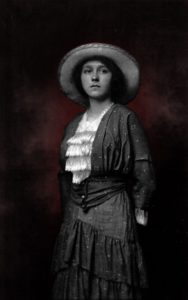 My protagonist, Lily Ross, is inspired by Ohio’s true first female sheriff in 1925, Maude Collins. In real life, Maude’s husband, Fletcher, was killed in the line of duty as sheriff of Vinton County, Ohio. Maude worked as his jail matron. After his non-mysterious but tragic death, she was packing up her household goods and their children to move back home to West Virginia when a county commissioner came by and asked if she’d serve out Fletcher’s term. She did, and a year later ran for sheriff in her own right and won. 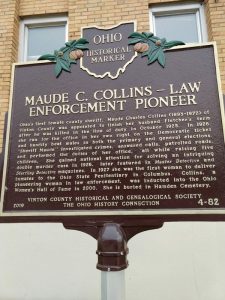 This is the true story that inspired my character Lily Ross—the difference being that Lily, unlike Maude, has no idea who would have killed her husband or why.

But there is so much more to Maude’s story, which is itself fascinating. I explored Maude’s story in a detailed piece for CrimeReads, here. Read the piece and learn all about this fascinating lady!