For the past few years, good friend and author Martha Moody (“Sharp and Dangerous Virtues,” “Best Friends,” and other novels) has been kind enough to include me and any family members in town in her family’s celebration of Sukkot–the Jewish holiday also known as the Feast of Tabernacles or Feast of 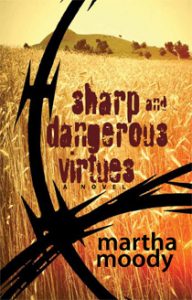 Marti and her husband make it a weeklong, special gathering of friends and community. We pick a night to go and I usually bring a dessert. It’s so much fun to get to hang out with people we already know, and get to know new people. Each year, the conversation is engaging and enjoyable.

This year, I brought a Brandied Pear Pie. Yes, I know, Sukkot ended on Sept. 30 this year, but this pie recipe is too good not to share–and pears are still in season for October. 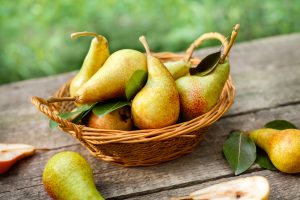 Note: this is actually a picture of a French apple pie I made, because I forgot to take a picture of my brandied pear pie! But though the taste is different, it looks pretty much like this. 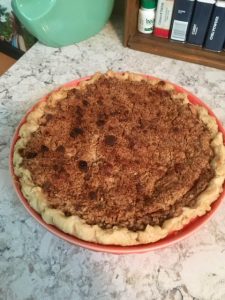