Is cheesecake a cake… or a pie? 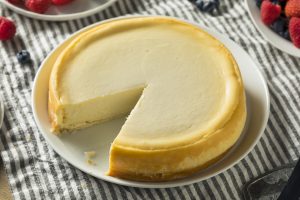 I say… it’s a pie. Why? Well, because technically, it’s a cheesecake pie!

Here’s my reasoning. The cream cheese and other ingredients used for the filling form a cake-like confection, true. But inside a graham cracker (or other crumb) crust! Ta da! If it’s in a crust, it’s a pie!

And even if it isn’t, cheesecake is, in my opinion, super delicious.

But also, tricky to make. At least, for me it was… until I got an Instant Pot. 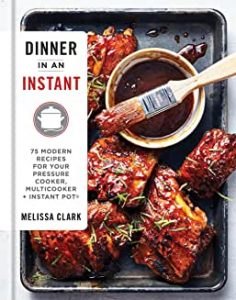 Here’s my favorite recipe, credit to one of my favorite Instant Pot cookbooks, “Dinner in an Instant” by Melissa Clark. It’s truly simple! I’ve also made, with another recipe, Nutella cheesecake, but I like this basic one. (Although, in this same cookbook, there is a recipe for coconut cheesecake that I may just have to try… And if you get her cookbook–which I highly recommend–be sure to try the Dulce De Leche recipe. So ridiculously easy–basically, you just need a can of sweetened condensed milk–and delicious!)

I like to serve with a sour cream topping (2 cups sour cream, 1/4 cup sugar, 1 teaspoon vanilla extract, thoroughly mixed.) But of course you could also add pitted cherries, strawberries or blueberries cooked with a bit of sugar into a fruit topping. Or drizzle on some caramel ice cream topping and sprinkle with just a bit of sea salt. Nom, nom.