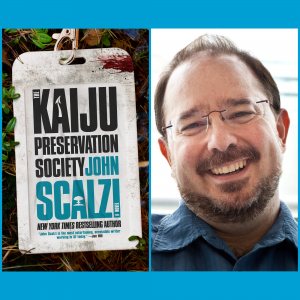 In this episode of Tea with Jess, I chat with John Scalzi, a New York Times best seller in fiction. His first published series novel, “Old Man’s War,” was a Hugo Award for best novel Nominee, ranked #1 on the Locus Online reader poll, and is listed on the NPR.com reader poll of the Top 100 Science Fiction and Fantasy Book/Series.

Link to my interview with John on my YouTube channel: https://youtu.be/wmvQA-7CpFI

Since then awards won include the Hugo, the Locus, the Audie, among others, and John is the recipient of the 2016 Governor’s Award for the Arts in Ohio. His works have been translated into 30+ languages.

He is also creative Consultant for the Stargate: Universe television series. Writer for the video game Midnight Star, by Industrial Toys. Former president (7/10 – 6/13) of the Science Fiction and Fantasy Writers of America. Executive Producer for Old Man’s War and The Collapsing Empire, both currently in development for film/TV. Writer of five short stories adapted into episodes of the Netflix series Love, Death + Robots.

John and I chat about the writing process, creative inspiration, a coin flip and a church purchase, plus more!

Learn more about John at  https://whatever.scalzi.com/