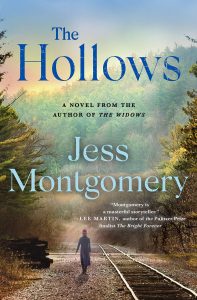 One of the comments I receive most often when I visit with book clubs is shock at the revelation of the existence in the 1920s-30s of the WKKK–the Women’s Ku Klux Klan.

The shock is often expressed in comments like: I wouldn’t have thought women would be involved in something like the KKK. Or: I was stunned to learn women had their own hate group.

I sympathize with this shock, because when I first learned about the WKKK, I was shocked, too.

I’d simply started poking around in articles about 1926 U.S. history and encountered a passing mention of the WKKK. I remember thinking–what did I just read? Then I did a bit more research, and discovered that, indeed, the WKKK existed, and was (and is) well documented. It’s just an aspect of history that we’re uncomfortable with.

And before I could write, I had to sit with this discomfort, and confront my own presumptions that women wouldn’t be involved in such groups, what’s more organize a national hate group from the preceding smaller hate groups dotted around the country–groups that, in some cases, grew out of the push for women’s right to vote.

Then I had to ask myself–where did this presumption come from? It certainly didn’t come from a belief that women aren’t organized and motivated. So it had to come from an assumption that women aren’t as likely to have hate-inspired views, that these views are the domain of men. Well, in retrospect, that’s just an unfounded notion. (In fact, there were documented cases of men divorcing their wives out of despair that the would join a group like the WKKK.) Obviously, if women are as capable as men in work roles, then they’re also just as capable of hateful attitudes. (Or of lovely ones.)

But, as I stated, I empathize with my book club readers who are surprised by this piece of history. Being surprised by the discovery of a preconceived notion we didn’t even realize we had is always, at the least, unsettling. And I admit, that I at first questioned including a WKKK cell in my novel. But then I realized that since I’d stumbled upon it as a part of 1926 history, I’d be cowardly not to include it in my novel. Why write novels with historical backgrounds at all, if I was just going to use the palatable, known parts of history? Plus, my own shock and discomfort could be used to inform the feelings and reactions of Sheriff Lily Ross, my protagonist. So I plowed on, and now I’m glad I did.

I wrote about my research and this piece of history in an article for The History Reader, linked to here.

I hope you’ll take a moment to read my article, which provides additional insight.