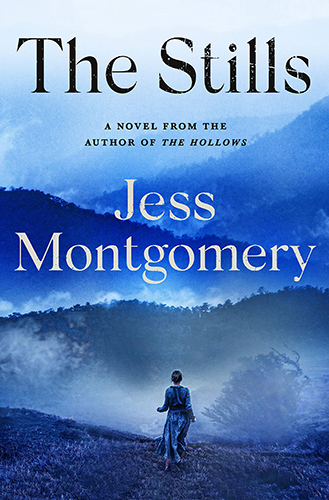 Book 3 in the Kinship series

With compassion and insight, Jess Montgomery weaves a gripping mystery and portrait of community in The Stills, the powerful third novel in the Kinship series.

Ohio, 1927: Moonshining is a way of life in rural Bronwyn County, and even the otherwise upstanding Sheriff Lily Ross has been known to turn a blind eye when it comes to stills in the area. But when thirteen-year-old Jebediah Ranklin almost dies after drinking tainted moonshine, Lily knows that someone has gone too far, and―with the help of organizer and moonshiner Marvena Whitcomb―is determined to find out who.

But then, Lily’s nemesis, the businessman George Vogel, reappears in town with his new wife, Fiona. Along with them is also her former brother-in-law Luther Ross, now an agent for the newly formed Bureau of Prohibition. To Lily, it seems too much of a coincidence that they should arrive now.

As fall turns to winter, a blizzard closes in. Lily starts to peel back the layers of deception shrouding the town of Kinship, but soon she discovers that many around her seem to be betraying those they hold dear―and that Fiona too may have an agenda of her own.

“Like Sharyn McCrumb’s and Julia Keller’s thrillers, this third Lily Ross tale (following The Hollows, 2020) is a fine example of Appalachian storytelling, thoughtfully portraying characters at the intersections of kinship, poverty, power, and survival.”
—Booklist