This past weekend, I was blessed to spend a busy but inspiring time at the Erma Bombeck Writers’ Workshop, where I led a class on “Creating Vivid Characters,” moderated a panel of agents, met with writers for a speed-dating q&a, and introduced one of the keynoters, John Grogan of Marley & Me fame.

Oh, and I may have hung out with a friend. Or two. Or three.

Truth be told, though, all weekend I was nervous as all get out about doing that introduction of John–even though I know him. Even though it was an honor to be asked. Even though, usually, I’m not fearful (too much!) of public speaking. 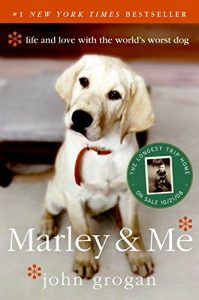 You see, I grew up in Erma‘s hometown of Dayton, Ohio, and as beloved as she still deservedly is everywhere else, here in Dayton she is revered. This was not the time to trip, stutter, fall, or spill water all over the mic. What’s more, for John’s lunch keynote, I was seated at a table that included John, his lovely wife Jenny, Erma’s sons (Matt and Andrew), and the new president of University of Dayton, Erma’s alma mater, where the workshop is held every other year.

The only thing to do? Channel my cousin Pat.

Pat, you see, is a now-retired Associate Vice-Chancellor from a large university, and has never seemed, at least to my eyes, to be terrified of any public situation. I once went to an posthumous installment of Pat’s mom, my Aunt Opal, into University of Kentucky’s hall of fame for Aunt Opal’s specialty (Home Economics). At the banquet, I did my usual introverted shtick: I smiled, nodded, and sat down at our table and contemplated the arrangement of silverware. Yep, forks still go on the left.

Pat, however, warmly greeted everyone at our table, one-on-one, introducing herself and looking each person in the eyes as if he or she were a long-lost friend. Then she did the same with the people at the nearby tables. When the time came to speak on her mother’s behalf, she stood up straight and tall (she’s a lovely, petite blonde), and took each of us in with her charm.

Now Aunt Opal came from humble beginnings–a tobacco farmer’s daughter in Eastern Kentucky–and worked her way up all the way to a PhD, and from there to state and national level positions. She had more grit than anyone I’ve ever known. And she always spoke from the heart, and connected with people right where they were. Pat learned well. 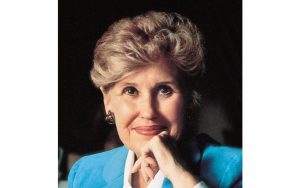 ld have adored both of them, I believe.

I’m not sure, but I wouldn’t be surprised if some of Erma’s wit and wisdom ended up on Aunt Opal’s fridges in Kentucky and later in Washington D.C.

In any case, as lunch progressed and the time neared for me to introduce John, I became more and more nervous. I kept reminding myself that the introduction was only two minutes long. That, rightfully, attendees were eager to hear John. That, I’d prepared my introduction, written it from the heart in the privacy of my home. In it, I shared how I’d met John just after his runaway bestselling memoir was published, at a booksellers’ convention, and how gracious and generous he was with everyone. How he’d been that way as well at two other workshops where our paths crossed.

Still, I knew I needed to deliver what I’d written from the heart as well. Aunt Opal, Cousin Pat, and Erma Bombeck would expect no less.

What to do? Well, Cousin Pat is about fifteen years older than me, and I’ve looked up to her ever since I was a little girl. And I like to think I have, deep in me, some of the same grit and warmth and charm that I saw in her mother, and that I see in her. 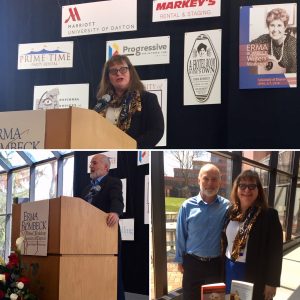 as time to introduce John, I paused for just a moment at the bottom of the steps to the podium. And I thought: Be Cousin Pat.

Suddenly, with the feeling of Pat and Aunt Opal–and yes, even Erma–cheering me on, it didn’t seem quite so hard.

I introduced John. He spoke with humor and inspiration–and reminded us all to always write and communicate from the heart.

I had to smile at that. Pat, Aunt Opal and Erma would definitely approve of that message! I know I certainly do.

I hope you have a Cousin Pat to draw inspiration and courage from whenever you have to do something challenging.

If not, well, just draw on the inspiration and courage of Erma Bombeck. Here are some Erma quotes that just might help: